From the Leguminosae family, it shows a shrub or arboreal habit (height 20-25 m approx.), With thorns and white flowers in clusters. It owes one of its names to Jean Robin, a botanist who imported it from North America in the early seventeenth century. Censity in Italy only from the end of the century XVIII, initially as an ornamental plant, then as a solidifier of land and embankments of roads and railways. Currently (as evidenced by its variegated habitat, which includes escarpments, uncultivated, hedges 0-1000 m s.l.m.) it is so widespread throughout the national territory, that it often assumes the character of a weed.
Flowering between April and May.

Those that have become more typical are the pre-Alpine area (Piedmont, Lombardy, Veneto) and the Apennine ridge (Tuscany, Emilia-Romagna). However, it is also harvested with appreciable quality in other areas (Abruzzo and Campania).

The preferred use is that of drink sweetener: thanks to the high sweetening power, together with a not very intense smell and taste, it does not cover, but enhances the taste of the same. The fact, then, that hardly crystallizes, and that shows a beautiful light color, makes it even more sought after and appreciated by most. You can use it to syrup fruit and vegetables, to prepare fruit salads, and even for desserts with less strong tastes. It marries (perhaps in an appetizer) very well with fresh cheeses but also with seasoned ricottas and low-matured blue cheeses.

This site uses cookies to improve your browsing experience. By continuing to browse the site, you accept the use of cookies. I acceptMore information
#!trpst#trp-gettext data-trpgettextoriginal=830#!trpen#Privacy & Cookies Policy#!trpst#/trp-gettext#!trpen#

Any cookies that may not be particularly necessary for the website to function and is used specifically to collect user personal data via analytics, ads, other embedded contents are termed as non-necessary cookies. It is mandatory to procure user consent prior to running these cookies on your website.

Click to chat with our customer service manager or write us an email on info@palazzotronconi.com 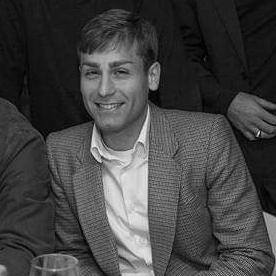